By বিনোদন ডেস্ক ● Last updated Apr 20, 2018
396
Share
The Deckers are now a family of five!Jessie James Decker gave birth to her and hubby Eric Decker‘s third child, a baby boy, two days ago. Jessie announced the exciting news on Instagram Monday writing, “Forrest Bradley Decker born March 31st weighing 9lbs. We are so in love.” The precious debut pic of baby Forrest shows the newborn lying on his mom’s chest shortly after she gave birth. How cute?!

Jessie has documented her third pregnancy journey on social media, sharing lots of milestones with fans and posting her last baby bump pic three days ago with the caption, “The last one…wish me luck.” Back in February, she celebrated her 33rd week of pregnancy with a lengthy update for fans in Instagram. 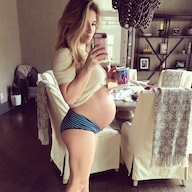 “Working on week 33! Sleeping is now not possible. Can’t get comfortable at all. He feels so low that I spend all night getting up to pee or to move from side to side,” Jessie wrote. “He also hiccups the strongest out of my 3 and all night long. But even though it’s been tough have to stop and realize this is my last baby and how special it’s been. We are SO excited to meet him. Got baby boys clothes all washed now and put away (all Bubbys old baby clothes) and got some new cool sleeper cribs etc. the stuff they keep coming out with blows my mind! Got my pumps out and bottles too! In a few weeks will get my hospital bag ready. Because I grow such big babies after I hit 36 weeks i know it can be any day since I’ve gone 2 weeks early with both! (Excuse the mess in background, moving into my office this week and not in dining anymore).” 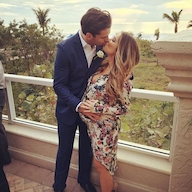 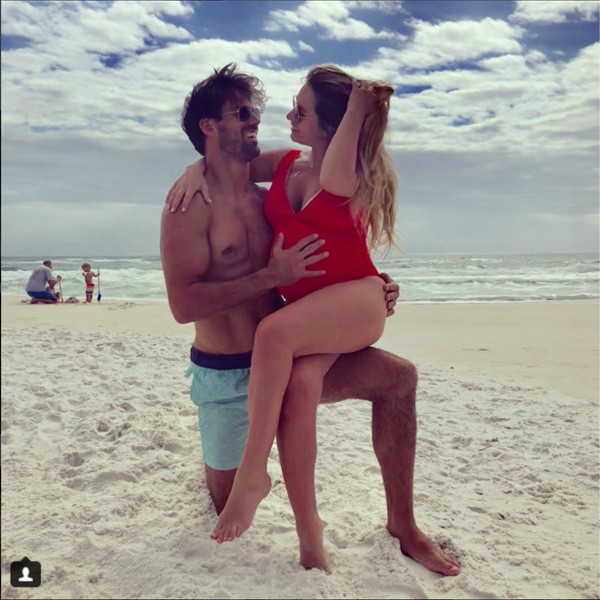 Back in October 2017, E! News caught up with the brunette beauty to get all the scoop on her third pregnancy. “I’m starting to get over the morning sickness,” Jessie revealed at the time when she was about four months preggers. “I had it really, really bad I’d say for the first eight weeks. It was awful, I seriously could not get out of bed. It was tough.”As for food cravings, Jessie’s were pretty healthy.

“I will say the most consistent pregnancy craving, and I think all women go through this, is citrus,” she dished. “You just wanted oranges. You want the citrus because you’re body needs it and it’s craving it. So you just naturally want it. Luckily my kids love the little Cuties so I’m always just snacking on those.” 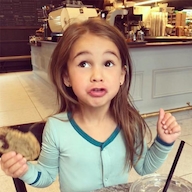 And no, Eric and Jessie are not thinking of trying for baby No. 4.”Honestly it’s just not a question. I don’t want more than three. There’s nothing wrong with people that have four or five kids, it’s just not for us,” the E! star admitted. “There will definitely not be a fourth. We’re good.”
396
Share

Bengali film industry’s future star kids to watch out for